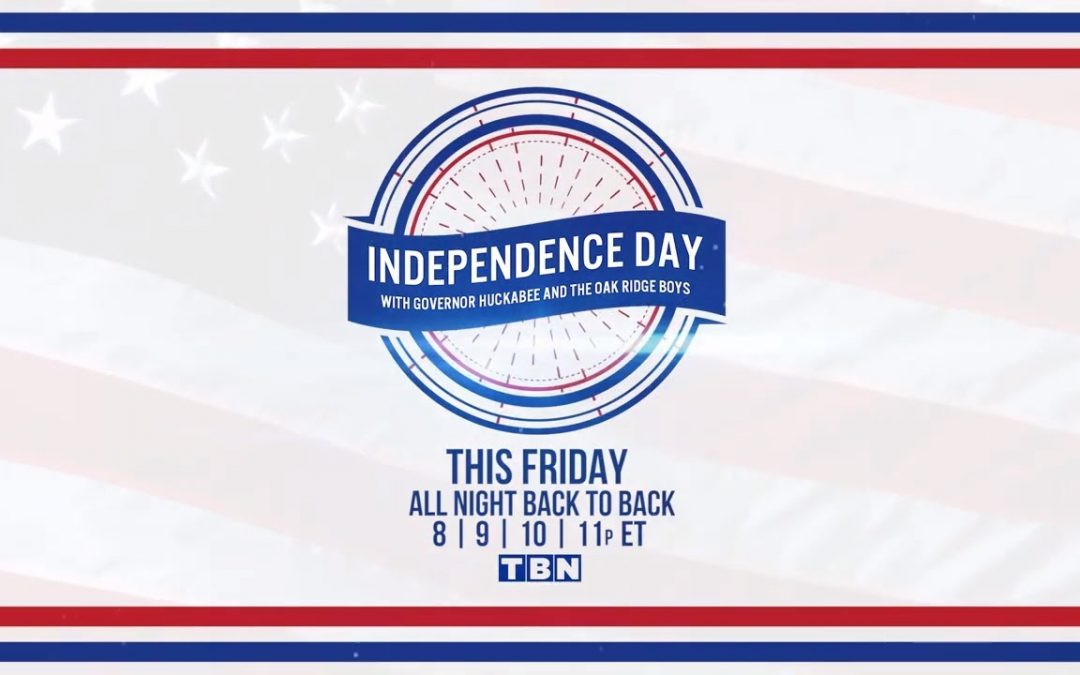 “We are looking forward to celebrating our country’s Independence weekend,” says Duane Allen. “The Oak Ridge Boys and Mike Huckabee are co-hosting this special on TBN with very special musical guests!”

“During these times of virus and unrest how cool it will be to gather with The Governor and celebrate America … on July 4th weekend,” says Joe Bonsall of The Oak Ridge Boys.

“This is such a great opportunity to reach out to America on Independence Day,” says Lee Greenwood. “Thank you Governor Huckabee and The Oak Ridge Boys for allowing me to be on this 4th of July special with you.”

“The Fourth of July reminds me that freedom is never free. It will always cost someone, somewhere a great price,” says Nicole C. Mullen. “Another truth that I have realized is; sometimes you must celebrate the freedom of others, while you press towards your own. Most Americans can trace their liberty back to 1776. As an African American, mine was granted in 1865. As believers in Christ, the price was paid 2,000 years ago, for the greatest eternal emancipation of all…for all who receive it! This year, let’s work towards and celebrate liberty and justice for everyone. He whom the Son sets free, is Free indeed! Tune into TBN as we work towards and Celebrate Freedom for All!”

Tune-in for free on TBN or live stream on TBN.org. TBN is also available on iOS, android, AppleTV, amazon fireTV, Roku or download the TBN app on Google Play or the iOS App Store. For more information, visit tbn.org.