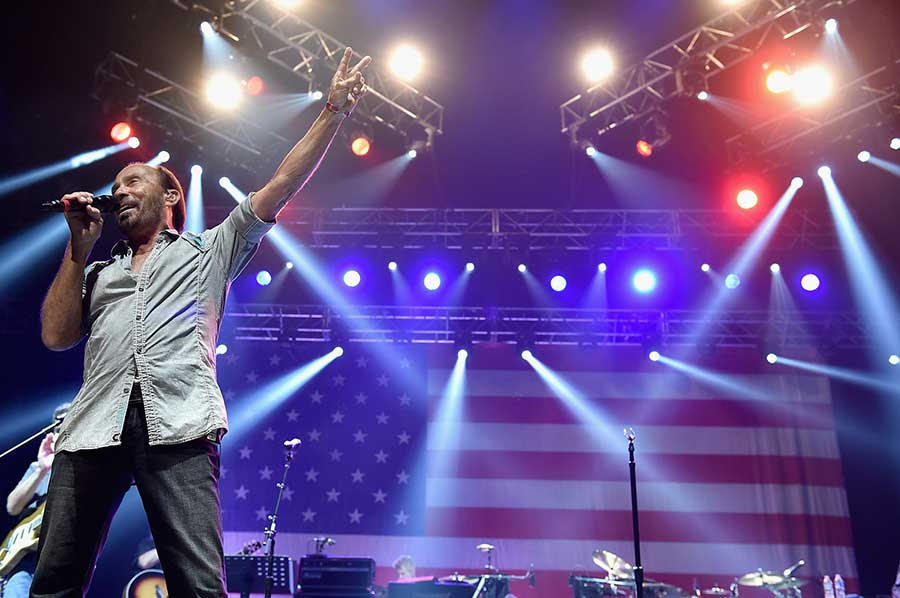 “Independence Day is a special day for all Americans,” says Greenwood. “It’s always an honor to perform ‘God Bless The U.S.A.’ anywhere that Americans will hear it. The song was written to unite all Americans and bring hope and courage during times of crisis. I have recently rerecorded the song with Home Free and the United States Air Force Band and Singers just in time for this year’s July 4th celebration. It’s an exciting new take on my legendary song and like you’ve never heard it before.”

Recently announced, as part of the Excellence In Education Online Home School Supply Catalog, Greenwood’s children’s book ‘Proud To Be An American’ will be included as a special category focusing on patriotism. Also available on Greenwood’s website are specially designed patriotic ‘Proud To Be An American’ and “God Bless The USA” t-shirts and hoodies. These items feature Greenwood’s signature lyrics on the front and back and are available to purchase just in time for Independence Day and Veteran’s Day!

To keep up with future events and the latest updates follow Greenwood’s socials linked below.
Website | Facebook | Instagram | Twitter
About Lee Greenwood:
Throughout his expansive career, international country music icon Lee Greenwood has earned multiple CMA and ACM Awards, a Grammy Award for Top Male Vocal Performance on “I.O.U,” in 1985, and a multitude of other prestigious award nominations. His discography includes twenty-two studio albums, seven compilation albums, seven No. 1 hits and thirty-eight singles including songs like “It Turns Me Inside Out,” “Ring On Her Finger Time on Her Hands,” “She’s Lyin’,” “I Don’t Mind the Thorns if You’re the Rose,” “Dixie Road,” “Somebody’s Gonna Love You,” “Going Going Gone,” “You Got A Good Love Comin’,” among others.